My sense of justice was quite strong as a kid, which is why in the third grade I reminded my teacher that the boys had left the classroom first for recess the day before, so it was the girls’ turn that particular Tuesday.

I vividly remember the teacher looking at me and saying, “Well, the last will be first someday . . . .”

I think I knew she was quoting today’s Gospel, Matthew 19:30, albeit poorly and way out of context. But I’ll never forget it, because in that moment, a whole new cry for justice rose up in my heart. I needed to be last, so I could be one day be first. It was a tit-for-tat. I do this now, I get something else later.

Of course that’s not how it works. We can’t merely put ourselves at the back of the line in life with the hope of one day being rewarded, God finally giving us Heaven because we earned enough “I was last” points here on earth.

We’re called instead to look every day for how to serve, sacrifice, and be generous. To not run to the front because we think we deserve it, but to hold back and look around so we can see where we can instead step forward to generously and joyfully give to those in need, to those who have something to say, to work toward the better world we long to bring into fruition.

We don’t adopt a posture of “I deserve this because so-and-so got that,” but instead one that asks, “How can I take what I have—riches, influence, privilege—and share with those who have not?”

We give up everything for Him and for others, not merely because we know it’s right, or because the Gospel tells us to, but because it is possible to do so with Him.

We set aside our desire for recognition, fame, fortune, power, or to stand at the front, because we know nothing here can ever compare to the eternal life to come.

We are okay with being last, because ultimately, we have placed Him—and the people He calls us to love and serve—first.

listen to today’s devotion
We give up everything for Him and for others, not merely because we know it’s right, or because the Gospel tells us to, but because it is possible to do so with Him. // @katieprejean Click To Tweet

Explore ways to give back, including supporting communities like this one. 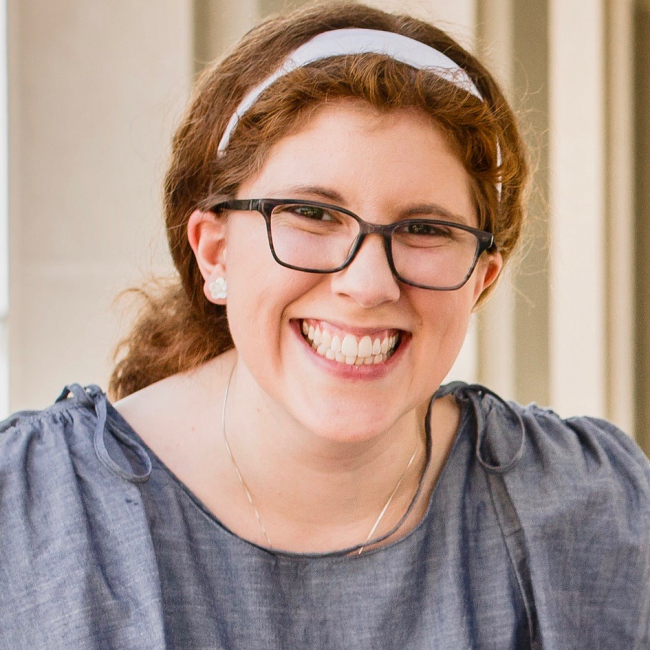 Katie Prejean McGrady is an international speaker and award winning three books. She hosts The Katie McGrady Show on Sirius XM's The Catholic Channel and the Ave Explores podcast from Ave Maria Press. She tries to create a happy and cozy home in Lake Charles, Louisiana with her husband, Tommy, and daughters, Rose and Clare. Find out more about her here.